So, a quick bit of background on where and why this journey begins.  I have a sore knee.  Not just a little bit sore, I mean really sore – like I can’t get up and down stairs some days sore.  I first noticed it a year or so ago, and went to see a phsyio.  I have (and have always had) an alignment issue with my right hip, and was told some years ago after seeing a physio for Sacro-Illiac joint pain, that my pelvis was unstable.  So last year the physio told me that I had too much anterior rotation on my right hip, causing the knee to track out of alignment.  (Interestingly, she also pointed out that I have too much tibial rotation on my right leg too; I’d never noticed before, but it was true).  She focused on working to realign the knee, heal the pain with ultra sound, and release the back of the right calf (which was super-tight, due to overuse).  Pain went away, I could climb stairs and do all the other things I usually do, I went away, happy days.

This summer, the pain came back.  Only this time it was worse; last year I struggled to climb stairs, and I had noticed that walking more than about 6 miles made the back of my knee sore.  This time, the back of the knee was so painful that I couldn’t get down stairs without pain either.  I called on my medical insurance for help, and they said sure – go back to physio, but referred me somewhere different to last year.  I duly started treatment, explained my history, and my lovely phsyio started to observe my body.  She agreed with the hip alignment problem, the knee tracking problem, but also pointed out that the medial arch had collapsed on my right foot too.  So the poor knee was stuck in the middle of a hip rolling in, a tibia rotating out, and a foot collapsing in – no wonder it was sore, we agreed.  So we began the weekly visits, massages, exercises to strengthen the muscles around the knee, and work on releasing my glutes (super tight, over working on the left side to compensate for my right leg not taking much weight).

I also decided to visit a chiropractor, to try and put the right hip back into place.  It seemed intuitive to take the pressure off the knee by trying to align everything back up.  The chiropractor agreed with the physio’s theories, and we all got along happily together.  After a couple of sessions, the physio suggested that I consider seeing a podiatrist too, so that the collapsed medial arch could be built back up – more of that another time.

Around 4 weeks in, I got a new, much more terrible sudden pain in the side of my knee.  I was just walking along the street, on my way in to work.  I didn’t trip or twist it, or even stumble, and I was wearing sensible shoes.  It was so bad that I couldn’t put any weight through it, even sitting.  I couldn’t bend the knee to sit normally in a chair, and I couldn’t open the knee out to the side.  It felt like something terrible had happened, and I was worried that I had some ligament damage.

The lovely people at Bupa said that I needed the physio to authorise other treatment because I was part way through my sessions with her.   I called her up and explained, and she wanted to know what had happened – “nothing”, I moaned, I was just walking… Treatment duly authorised, I was booked in to see a consultant – a hip and knee specialist.  Aha, I thought, we’ll get to the bottom of it now, he’ll notice that the hip alignment is messing up the knee!

But alas, not so.  It would seem that medical professionals are only interested in looking at the exact problem presented to them, not in exploring what might have caused said problem, and so fix that.  He pronounced that the knee alignment looked normal (even I can see it’s not, and in the opinion of 2 physios and a chiropractor, it isn’t either).  He suspected a torn meniscus, he said, and if so, a small operation would sort that out nicely.  MRI scan booked to confirm.

Now it might seem strange to wish an operation on oneself, but I was pretty happy with the idea of a torn meniscus and a little op.  It’s something tangible you see?  Something that can be dealt with and be over and done.  All the other stuff I was doing (phsyio, chiro, podiatrist) would sort out the alignment, and the problem would be gone for good.

I expect you’ve already guessed where this is headed next; MRI results came back – “the meniscus is not torn, but badly extruded”, said Mr Consultant.  “No point opening that up, in my opinion it won’t help”.  To make matters much (much) worse, he then added that the joint also showed signs of early onset inflammatory arthritis, both at the back and the lateral side of the joint.  Most likely the cause of the original pain when climbing up and down stairs.  I’m going to add here that of course, the reason cartilage wears away is that it is rubbing against something it shouldn’t be – oh yeah, the alignment of the knee is out, caused by the hip.. right?  But Consultant still isn’t interested in anything other than the specific pain that I experienced.  His solution?  Stop with the high impact exercise (I do a lot of that), take some pain killers, maybe use a knee support if I like, and there’s a steroid injection if I want one, but it has only a 70% chance of helping, for 1 to 2 years.

So here I am.  I moped around feeling depressed for a week.  Then I refused to accept that there’s nothing I can do, and that I have to give up the exercise that I love – dance, body attack, body combat.  Not forgetting, I teach and practise a lot of yoga too of course.

I have always believed strongly in healing my body holistically, that’s partly why I came to yoga.  The mind has an important part to play, along with the food we eat and our lifestyle choices.  So here’s the deal.  I am going to try everything I can think of to improve the pain and mobility in my joint, starting from the basic premise that arthritis simply means ‘inflammation of the joint’.  I will try spices and herbs that reduce inflammation, different kinds of exercise to strengthen the muscles around the joint, ways to reduce impact in the exercise classes I love.  I will also try acupuncture, Ayurvedic therapy, even faith healing.  I will explore ways of making space in the joint.

Come with me if you like – this is a journey and I’m quite excited!  Let me know if there’s anything that works for you, that I could try.  Or if anything I’ve mentioned above worked (or didn’t work) for you too.

One thought on “Yogi Heal Thyself: Why?” 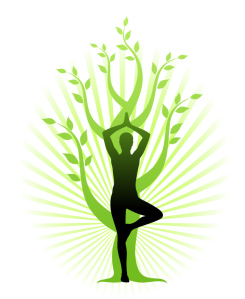